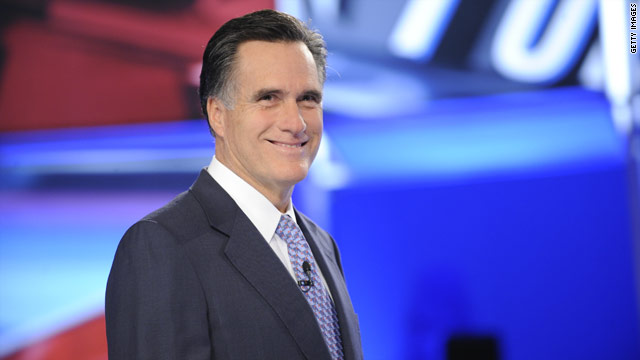 Washington (CNN) - Former Massachusetts Gov. Mitt Romney continues to lead the pack of Republican 2012 contenders, although less than half of registered voters say they are satisfied with the current field, according to a new NBC/Wall Street Journal poll.

But the survey was conducted almost entirely before the CNN GOP primary debate in New Hampshire on Monday, and therefore does not reflect any impact the debate may have had on voters' opinion of the candidates.

According to the poll, when presented with a field of 10 candidates, 30% of registered voters who said they will vote in a Republican primary chose Romney. Romney was followed by former Alaska Gov. Sarah Palin with 14% and former Godfather's Pizza CEO Herman Cain with 12%.

When that list of potential candidates was shortened to six people, however, Romney's position improved even more, jumping to 43%. Paul and Bachmann tied for second with 11%.

Romney has consistently ranked among the top of the field of potential candidates, and was largely considered by political analysts the winner of the CNN debate in New Hampshire.

The poll surveyed 1,000 adults, including 200 reached by cell phone between June 9 and Monday and has a margin of error of plus or minus 3.10%.