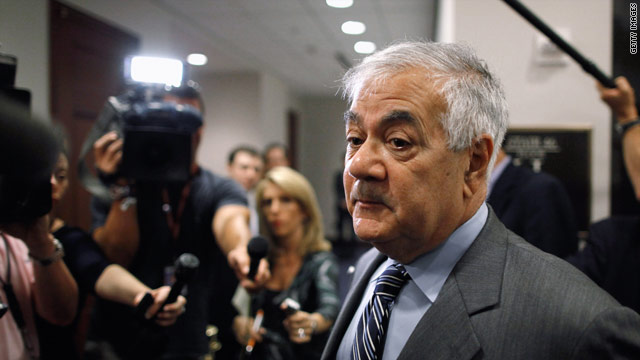 The outspoken Democrat told CNN’s Wolf Blitzer that the 2012 presidential hopeful has been looking "a little bit underdressed" since his neckties have began disappearing from his campaign stop wardrobe.

"Apparently he has spent so much money that he can no longer afford ties. Poor Mitt has not been seen in a tie in several months, so I am going to take up a collection to buy some ties for Mr. Romney," Frank said on CNN’s “The Situation Room.”

But Frank said that ditching his tie is only the latest of the former governor’s flip-flops.

Frank said he stands by comments he made in 2007 about Romney in which he called the presidential hopeful "an extraordinarily ambitious man with no perceivable political principle whatsoever," and "the most intellectually dishonest human being in the history of politics."

"There's no question - no - he has made it worse. He's flip-flopped even more," Frank said. "I cannot think of a public policy ... the only consistent principle of Mitt Romney is he thinks he should run the world."