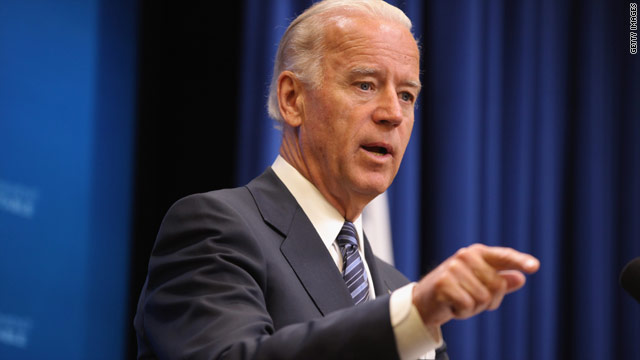 Those big-ticket items include whether to increase tax revenues – which many Democrats want – and making changes to expensive entitlements like Medicare – which many Republicans support.

“Everybody wants an agreement,” Biden told reporters after a meeting in the Capitol with the bipartisan group of lawmakers and other top Obama administration officials. “That is sufficiently realistic to get to $4 trillion over a decade or so – in terms of reductions.”

He said the group would meet four days next week, as opposed to three days this week, and that each meeting would be longer than the two hours or so each meeting has been to date. He also said their staffs would work “around the clock” to support the talks.

“Now we’re down to the really hard stuff. I’ll trade you my bicycle for your golf clubs,” he said as a hypothetical example.

Biden said the negotiators would not “cut a deal that can’t be sold” to rank-and-file lawmakers in both parties.

“Whatever gets sold and the Congress affirmatively votes on,” he predicted, will “have to have a lot of Democratic and Republican votes.”

Biden went out of his way to praise the lawmakers with whom he’s working. He singled out House Majority Leader Eric Cantor, R-Virginia, who he described as “smart has hell” and “totally and completely straightforward and sincere.”