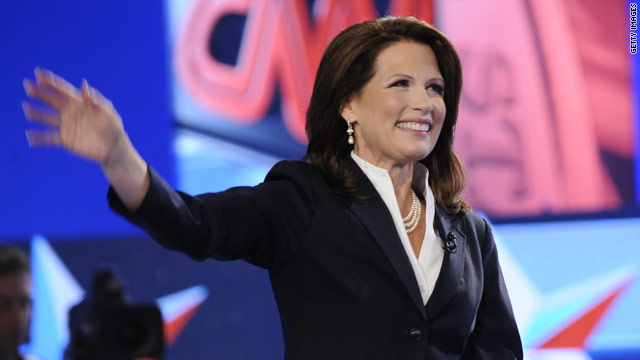 Bachmann, a congresswoman from Minnesota, also proposed a major overhaul of the nation’s education system and said state administrators should be able to decide how they spend money allocated to them by the federal government.

"I support intelligent design," Bachmann told reporters in New Orleans following her speech to the Republican Leadership Conference. "What I support is putting all science on the table and then letting students decide. I don't think it's a good idea for government to come down on one side of scientific issue or another, when there is reasonable doubt on both sides."

Intelligent design suggests that the complexity of the universe cannot be explained by evolution alone, and must also be attributed to a creator or supernatural being.

"I would prefer that students have the ability to learn all aspects of an issue," Bachmann said. "And that's why I believe the federal government should not be involved in local education to the most minimal possible process."

Bachmann said educators should be granted the flexibility - and the money - to make curriculum decisions at the local level.

The federal government, she said, should "block grant all money currently that goes to the states back to the states, so that Louisiana can decide how they want to spend the money, which may in fact be different on how Minnesota spends its money."

She said her proposal would cut out "billions in dollars of bureaucracy" from the federal government.