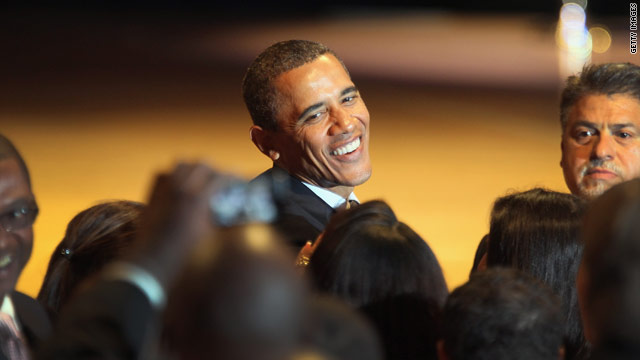 Across the nation volunteers from the Democratic National Committee's Organizing for America (OFA) effort will be both helping new voters register and make sure others' information is up to date. In addition this effort will help bolster the re-election campaign's list of potential supporters when they ask people to sing "I'm In" pledges, one Obama re-election campaign official told CNN.

This is the latest initiative by the Democrats to reach out both to previous supporters of the President's as well as bring in new people to try to get them involved – especially with some backers having voiced disappointment with the Obama Administration whether it be over the failure of fulfill some previous campaign promises or the lack of success over other ones.

Since the re-election campaign launched in April, it has worked hard to reactivate the grassroots strength that was a big success in 2008 by enlisting volunteers to talk to supporters – neighbors, co-workers and the like – in person to discuss the President's successes and to start getting people engaged.

"These are volunteers connecting with their networks," the Obama campaign official told CNN.

Helping in this process are the activists who have been working with the OFA in the past few years to push the Democrats' agenda.

The Obama campaign official told CNN " 2011 is about infrastructure for the entire year."

On Monday, for example, the campaign sponsored an online planning session to plan future projects.

"Run by volunteers and based in local communities, this campaign will be the largest grassroots effort in the history of American elections," vowed Jeremy Bird, national field director for Obama in America, in an email to supporters.

He said over the next several weeks the campaign planned to hold hundreds of sessions across the country – both online and in person – trying to get people involved and motivated. One way it is doing that is to try to emphasize how campaign leaders plan to listen to those on at the local level and volunteer driven. At these sessions attendees will discuss how to build neighborhood teams and plan for house meetings.

The campaign is also working to lay the foundation on the financial end. While the President has attended more than a dozen major fundraisers across the country whose proceeds are split between the campaign and the DNC, the Obama team is also working to maximize the number of its small donors.

It just sent out an email solicitation offering three donors who give at least $5 a chance to have dinner with the President.

"It's not often you get to talk to the President one on one about your hopes for the country and your ideas for this campaign. So I hope you'll put your name in the running," read the e-mail.

Earlier this month the campaign sent out a separate solicitation urging action by saying one supporter had pledged to match donations for those making their firs contribution.

For the DNC and the re-election officials have set a fundraising goal of $60 million, the official confirmed to CNN.

The campaign is also beginning to its work on the ground. The campaign has put some paid staffers in key states, the official told CNN. The official though would not disclose specifically how many or where.