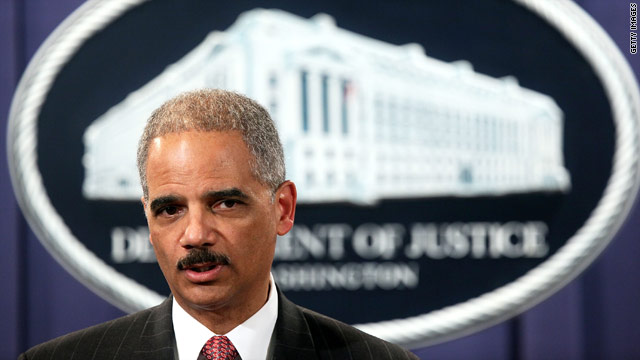 Washington (CNN) - Attorney General Eric Holder promised an audience of progressives and liberals Thursday that he will not abandon the fight to steer accused terrorists to civilian court trials rather than military tribunals.

Holder lashed out at Congress for forcing him to recently surrender on the issue, and to place accused 9/11 mastermind Khalid Sheikh Mohammed and other co-conspirators before military tribunals at Guantanamo Bay, Cuba.