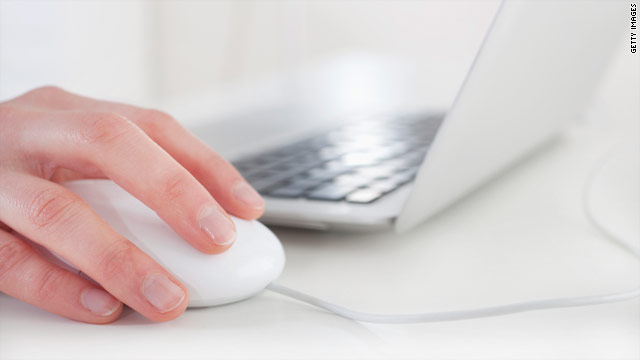 Such computer jargon that typically refers to two sides of a computer mouse might also become a political metaphor as Internet and social networking savvy groups - aligned with the left and the right - converge on Minneapolis for competing weekend conferences.

The liberal Netroots Nation and the conservative RightOnline are separately hosting the meetings – merely one mile, or about a four minute walk, away from each other.

But despite the closeness in proximity, the two groups are politically worlds apart.

At stake: control of the White House and both chambers of Congress. At issue: which group can best harness the power of the Internet to raise awareness, enthusiasm and perhaps most importantly: money.

A tour of the event's conference hall shows groups with booths such as international labor union AFL-CIO, the liberal blog Daily Kos, even an organization called "Yards to Gardens" that encourages people to use their yards to grow food.

Regarding panel discussions with titles like "Tiger Moms vs. Mama Grizzlies: Engaging Moms," and "The Politics of Hate and the Rise of Anti-Muslim Bigotry," the Netroots Nation website states that, "There are sessions that focus on building long-term capacity within the progressive movement, pushing the practice of online and offline organizing forward and changing the debate on policies."

As would be expected, the group slams some current Republican presidential candidates.

Participants at the RightOnline conference will surely disagree with that sentiment, particularly since Bachmann, Pawlenty and fellow GOP presidential candidate Herman Cain will all address the conference.

Sponsors of the conservative event include the American Family Business Institute, which represents family businesses, the Franklin Center for Government and Public Integrity, which uses new technologies to push for government transparency, and the pro-Freedom website Freedomist.com. Among the articles posted on that site is one claiming, "The FBI has been empowered to investigate anyone it wants to, without any just cause or reasonable suspicion."

One draw that will surely excite the assembled conservative crowd: the event will feature a Friday night screening of the pro-Sarah Palin film, "The Undefeated." RightOnline's website lists the film as being sold out.

Among the panel discussions apart of the conservative forum are "Intro to Online Activism," "Blogging 101," "Twitter 101," and "Facebook 101."

In the last presidential election, Democrats were widely viewed as having an edge over Republicans in using the Internet to their political advantage.

A mission description posted on RightOnline's website appears to confirm the group's purpose.

"The RightOnline initiative was launched in July of 2008, with more than 600 activists and bloggers attending our first ever RightOnline Conference in Austin, Texas," it states. "It was the first conservative event to ever counter the leftwing Netroots Nation Convention (formerly known as YearlyKos), an annual gathering of what the media called the most concentrated gathering of high-profile progressive bloggers to date."