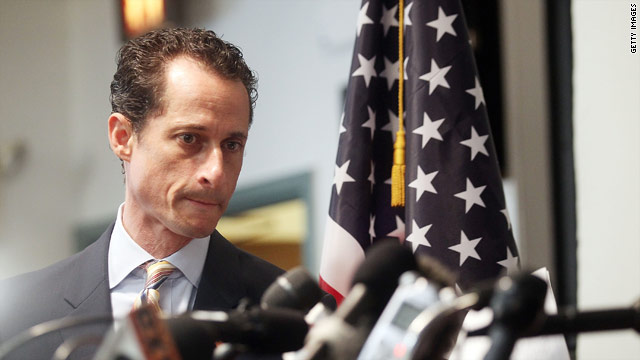 Only an hour after Weiner appeared before cameras Thursday, the party sent an email to members asking for donations to help turn the district over to the Republicans in a special election soon to be called by Democratic Gov. Andrew Cuomo.

"It's not ex Rep Weiner's seat, it's not Nancy Pelosi's seat- it's the People's seat and it is about time that the constituents of the 9th District get the high quality representative they deserve," the GOP State Party email said.

The email blasted Weiner for going as long as he did without resigning: "Anthony Weiner felt entitled to his seat, and this twisted tale is in no small part the fruits of that arrogance."

Businessman Bob Turner, who challenged Weiner for the seat in 2010, is also a name being mentioned in Republican circles, according to Michael Lawler, Deputy Political Director at the GOP State Party. And while Turner received Giuliani's endorsement last fall, Weiner still won the election with 61 percent of the vote.

The GOP's mission to take the seat won't be easy, as the district, which covers parts of Queens and Brooklyn, traditionally leans heavily democratic. Prior to Weiner's tenure, New York Democratic Sen. Charles Schumer represented the area for nearly two decades.

But Republicans hope to use Weiner's recent scandal as a reason to take the seat from Democratic hands.

"We're expecting it to be a competitive race," Lawler said. "It's never too early to start raising funds."

Even if a Republican wins the special election, the district could be in danger of being eliminated in a redistricting process that's set to finalize in 2013.