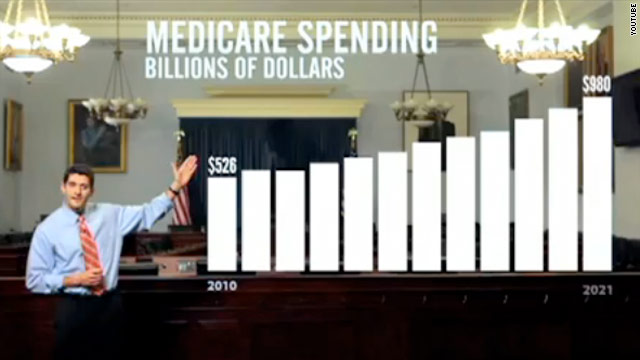 In the nationwide ad created by 60 Plus Association, a conservative seniors-interest advocacy organization, Ryan warns, "If we do nothing, Medicare spending will nearly double over the next decade, exhausting its remaining funds," while seeking to reassure seniors that, "No change occurs to Medicare for anybody who's on Medicare or ten years away from retiring."

In his budget plan, the Wisconsin Republican proposed a sweeping overhaul to Medicare for those 55 and under by offering subsidies for seniors to use private health insurance instead of the government paying directly for medical costs.

The plan, which passed in the House but failed in the Senate, has been met with severe backlash from Democrats who say the cuts will significantly harm seniors dependent on the entitlement program. It is the subject of continuing negotiations between lawmakers and the Obama administration.

The new ad began airing Friday on national cable channels, including CNN, and in Florida and Ohio, both key swing states.