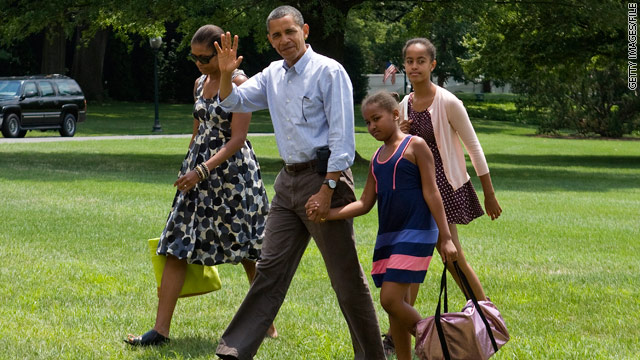 Lessons this Father’s Day from the father-in-chief

In his weekly address, Obama said kids want their fathers “to be a part of their lives,” and that he’s a part of his daughter Sasha’s life in part by coaching some of her basketball games.

“It was a lot of fun – even if Sasha rolled her eyes when her dad voiced his displeasure with the refs,” Obama said.

The commander-in-chief, a father of two young girls, has some tips for his fellow fathers on this Father’s Day.

The president boiled it down to quality time, structure and “unconditional love – whether they succeed or make mistakes, when life is easy and when life is tough.”