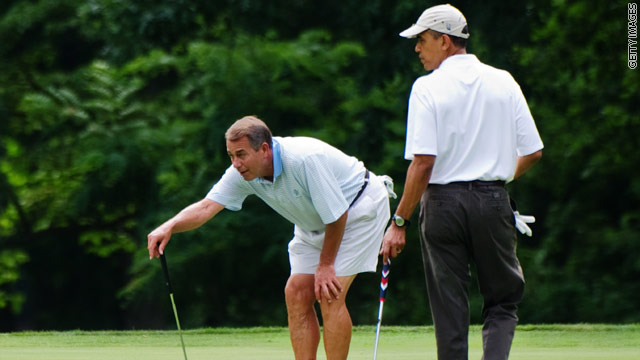 Gibbs seemed to agree that Boehner might have a bit of an edge on the green, telling reporters back in January that the president might need to "practice a bit" before the showdown.

UPDATE 10:50 a.m. ET: According to a pooler description of the action on the first green (described as an "unconfirmed...estimation"), Biden sunk a 15-foot putt for bogey; Obama just missed a 12-footer and tapped in for par; Boehner hit a short putt for par; and Gov. Kasich missed a 30-foot putt for birdie, but was able to save par.