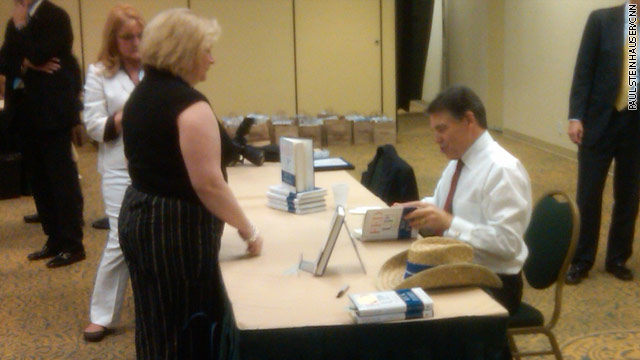 New Orleans, Louisiana (CNN) - Rick Perry doesn't speak for a few hours here at the Republican Leadership Conference, but the longtime governor from neighboring Texas, who's flirting with a bid for the GOP presidential nomination, is already getting positive reviews from this partisan crowd.

As Perry arrived Saturday morning for a book signing, the crowd of at least 100 people briefly chanted "run Rick, run." His book, entitled “Fed Up,” was released last year.

Perry, who is scheduled to address the conference later Saturday afternoon, looked and sounded a bit like a presidential candidate this past week when speaking at Republican party gathering in New York City and an anti-abortion event in California.