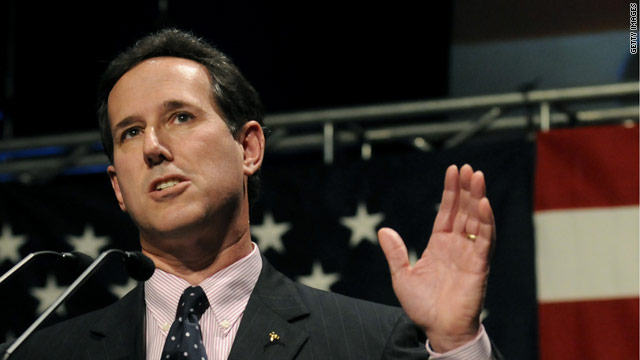 Santorum hits back at Romney over abortion pledge

(CNN) - Well, it didn’t take long for the gloves to come off in this fight.

Rick Santorum, the Pennsylvania senator and now presidential candidate, has some tough criticism for former Massachusetts Gov. Mitt Romney after his refusal to sign an anti-abortion pledge.

"This past Monday night at the Republican presidential debate, I was asked about Gov. Romney's pro-life conversion, and I gave him the benefit of the doubt,” Santorum said. “I apparently spoke too soon. It is incredibly disappointing that Gov. Romney chose not to defend those who cannot defend themselves.”

Romney’s campaign called the Susan B. Anthony List’s pledge “well-intentioned” but said that while he is opposed to abortion rights, he didn’t “feel he could in good conscience sign it.”

The pledge would require Romney, if elected, to "permanently end all taxpayer funding of abortion," defund Planned Parenthood, and appoint abortion opponents to the federal bench and Cabinet positions.