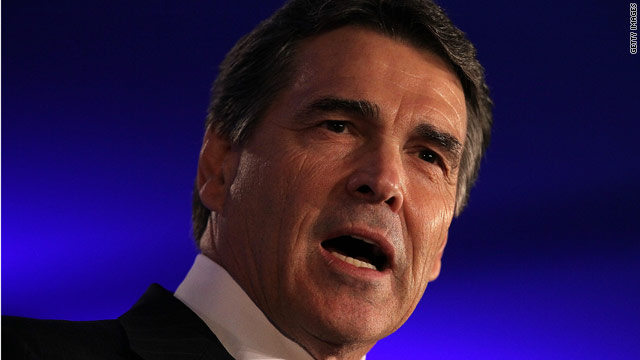 The appearance at the 2011 RedState Gathering will place Perry, who is seriously considering a 2012 presidential bid, in a key early primary state just as the Republican nomination fight begins to heat up ahead of Labor Day.

The speech falls on the same date as the scrutinized Iowa Straw Poll in Ames, which is considered an early indicator of a presidential campaign's standing in the leadoff caucus state.

If Perry decides to seek the Republican presidential nomination, participating in the Iowa caucuses is likely to figure prominently in his early state strategy.

A Perry adviser said the RedState appearance was booked months ago and stressed the governor is not a candidate. But the magic of flight would make it possible for him to go to Ames on the same day if necessary.

The three-day RedState Gathering will take place in Charleston and begins on August 12. Perry addressed the conference in 2010 when it was held in Texas.