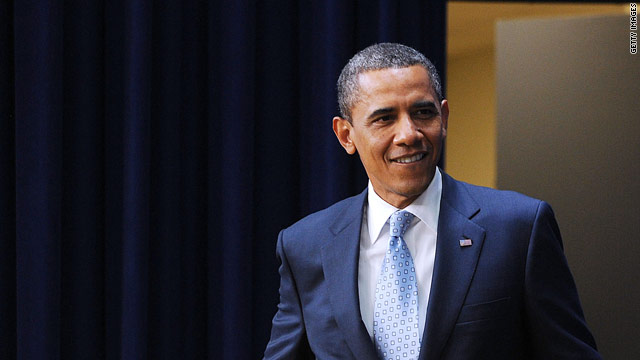 Washington (CNN) - With the end of the second quarter of fundraising closing in, it appears President Barack Obama's picking up the pace.

Monday night the president is the main attraction at two fundraisers for the Obama Victory fund which are both being held at the Mandarin Oriental Hotel in the nation's capital.

According to a Democratic source with knowledge of the fundraisers, the first event is a dinner with Americans in Support of a Strong US-Israel Relationship. The gathering comes just a few weeks after comments by the president in calling for Israel to consider restoring its pre-1967 borders as part of its discussions with the Palestinians as part of any peace settlement. The proposal received an icy response from both Israel and from Jewish-Americans.

The second fundraiser is a dinner with the Mid-Atlantic Finance Committee. Approximately 80 people are attending the first event, with around 100 at the second gathering. Besides the president, Rep. Debbie Wasserman Schultz, the chairwoman of the Democratic National Committee, will also attend both dinners.

Tickets for the two dinners range from $10,000 to the legal maximum limit of $35,800. The money raised from the events will go to the Obama Victory Fund, with the proceeds being shared by both the president's re-election campaign and the DNC.

The president heads to New York City later this week, where he'll be the main attraction at two fundraisers. Obama announced on April 4 that he was setting up his re-election campaign. A week later he personally kicked off his fundraising drive by headlining three events in his hometown of Chicago. Since then he's also been the main attraction at fundraisers in San Francisco, Los Angeles, New York City, Austin, Texas, Washington, DC, and Miami.

Obama shattered all records by raising nearly $750 million in his bid for the White House in 2008. Democratic sources say the Obama re-election team hopes to raise $60 million by the end of the second quarter, which comes to a close at the end of the month.