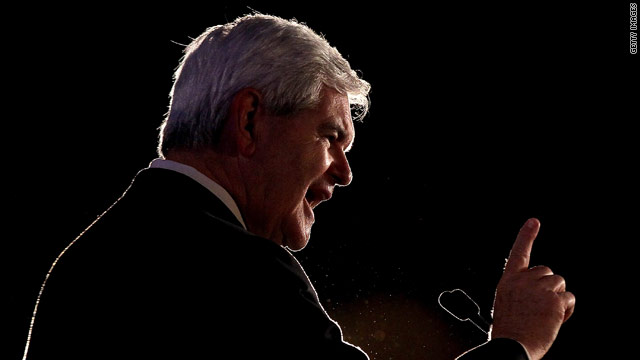 Gingrich had second line of credit at Tiffany's

Gingrich's personal financial disclosure campaign filing will show he had a line of credit of up to $1 million with the store, in addition to a revolving charge account revealed last month.

Gingrich spokesman Joe DeSantis confirmed that when the form is made public it will show that Gingrich and his wife Callista “had a $500,000 to $1 million line of credit at Tiffany's, that it has a zero balance, and it has been closed."

The disclosure is the latest distraction for the Gingrich campaign after the resignations of two financial staffers Tuesday and more than a dozen top campaign staffers two weeks ago. But while many outside consultants have said they don't see the campaign continuing, Gingrich has vowed to stay in the race.

The Washington Post first reported that Gingrich had a second line of credit.

The filing, which would disclose any debt that was outstanding after 2010, is due within 30 days of a candidate's formal entrance into the presidential race, but Gingrich has requested an extension. Gingrich officially entered the 2012 presidential race on May 11.

That debt, which was reported on public financial disclosure forms in 2005 and 2006 while his wife worked as a congressional staffer, has also been paid in full.