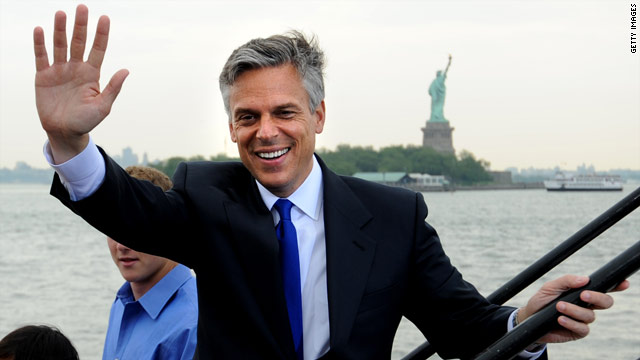 (CNN) - When Jon Huntsman officially wades into the presidential waters Tuesday, he will bring with him at least one asset envied by any candidate for office: deep pockets.

The former Utah governor, who until April had served as President Obama's ambassador to China, owns assets valued between $17.8 million and $84.0 million, according to a personal financial disclosure report filed in May. The report covers Huntsman's personal finances for the 2009 calendar year, when he assumed the China post.

The bulk of Huntsman's wealth that year came from investments valued between $7 million and $35 million, as well as from a family holding company. That company, valued between $5 million and $25 million, was solely invested in the Huntsman Corporation, a multi-billion dollar chemical company founded by Jon Huntsman, Sr., the former governor's father.

GOP presidential hopefuls Herman Cain, Newt Gingrich, Tim Pawlenty, and Mitt Romney have yet to file their reports, but they have all requested 45-day extensions.

Romney last filed a financial disclosure report in 2007, during his previous bid for the Republican presidential nomination. That year, his wealth was estimated between $190 million and $250 million.