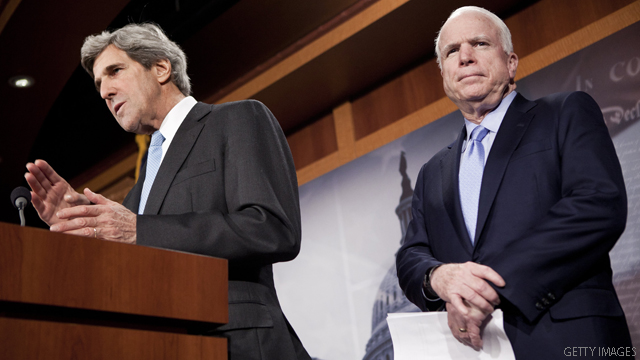 Washington (CNN) - Two influential U.S. senators introduced a resolution Tuesday expressing support for limited American involvement in the NATO-led military campaign in Libya - part of an effort to counter rising pressure in the House of Representatives to withdraw backing for the mission.

The resolution, introduced by Massachusetts Democrat John Kerry and Arizona Republican John McCain, authorizes the commitment of U.S. forces for one year while stressing the lack of support for any use of American ground troops.