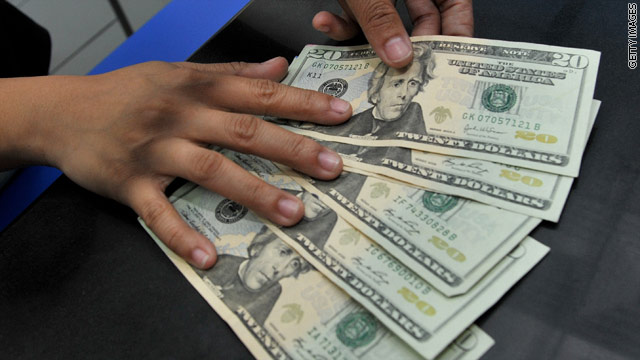 Washington (CNN) - In the battle for control of the House of Representatives, the National Republican Congressional Committee has twice as much money in the bank as its Democratic counterpart.

The NRCC revealed late Monday that the party committee has $10.6 million cash on hand as of June 1, double the $5.3 million the Democratic Congressional Campaign Committee reported having in the bank as of the end of last month.

The NRCC reported raising $4.6 million in May and a debt of $7 million. The DCCC brought in $3.8 million last month, with a debt of $6.6 million. The NRCC points out that they have raised $26.8 million so far this year, nearly double what they raised in the first half of 2009.

The GOP took back control of the House thanks to a net gain of 63 seats in November's midterm elections. As of now, the Democrats need to win back 24 seats next year to regain control of the chamber.