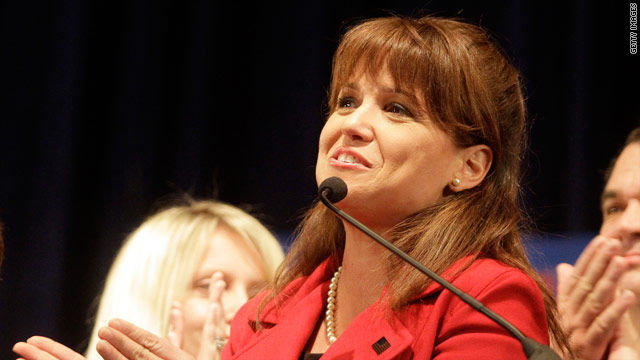 In an email sent to her PAC Tuesday, O'Donnell promised supporters to reveal "the real, raw story of my life," claiming that her closest advisers had concerns she was being "too honest, too open" while writing about her "bumpy journey into politics."

The tea party favorite called the 2010 elections "the start of the Second American Revolution" and said her goal was to inspire "real" people to get involved in politics: "Real people have real stories," she wrote in the email.

O'Donnell, famous for her "I'm not a witch" ad in response to a decade-old admission to Bill Maher that she "dabbled" in witchcraft as a teenager, was labeled the most covered candidate of 2010 by the Pew's Project for Excellence in Journalism. Her Democratic opponent, Chris Coons, won the general election with 57 percent of the vote.

St. Martin's Press is the publisher of her 304-page book and advertises it as both a tell-all autobiography and a how-to on being politically active.

"O'Donnell details how she participated by running for high office as an everywoman, but also shows how attending town council meetings, organizing a petition drive, making an effort to meet a staffer in your local representative's office, or simply reading the minutes from your community board can make a difference," according the publisher's website.