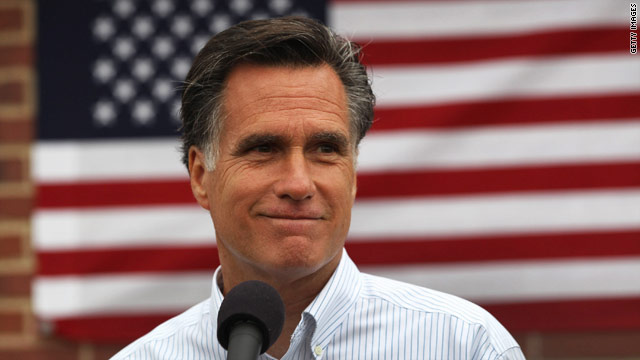 Romney will participate in a first-of-its-kind presidential primary debate co-sponsored by CNN and the Tea Party Express in Tampa, Florida – site of the 2012 Republican National Convention – on September 12.

The former Massachusetts governor will also travel to Las Vegas for the Western Republican Leadership Conference, where CNN was selected to host a debate for GOP presidential candidates on October 18.

During the four-day conference, 16 states and territories that make up the Republican National Committee Western Region will meet to talk politics and policy and hear from presidential candidates.

Romney will also attend four other debates this fall, including a debate co-sponsored by Fox News, The Washington Examiner and the Republican Party of Iowa on August 11, an NBC/POLITICO debate in Simi Valley, California on September 7, a September 22 debate sponsored by Fox News and the Republican Party of Florida, and a Washington Post/Bloomberg debate in Hanover, New Hampshire on October 11.