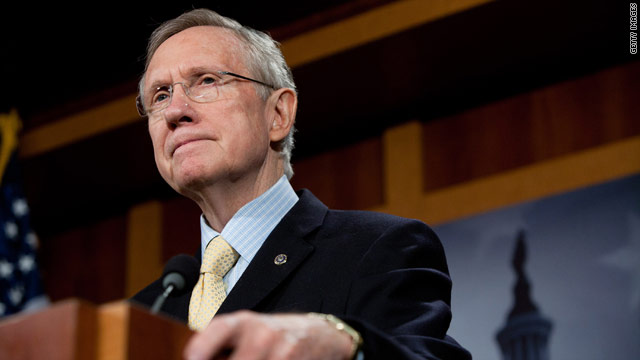 "If I had a choice, I would favor Huntsman over Romney," Reid told reporters after a meeting on Capitol Hill. "But I don't have a choice in that race."

When asked if the country is ready for a Mormon president, the Nevada senator said they are not ready for Mitt Romney. Reid, former Utah Gov. Jon Huntsman and Romney are all members of The Church of Jesus Christ of Latter-day Saints.

"I think the frontrunner in the Republican stakes now, here is a man who doesn't know who he is," Reid said of Romney.

The Nevada Democrat pointed to Romney's positions on gay marriage, abortion and health care as signs the former Massachusetts governor has flip-flopped on his positions.

"We modeled our bill to a large degree about what he did in Massachusetts. Now he is trying to run from that," Reid said, referencing the health care reform bill Romney signed as governor. "If someone doesn't know who they are they shouldn't be president of the United States."