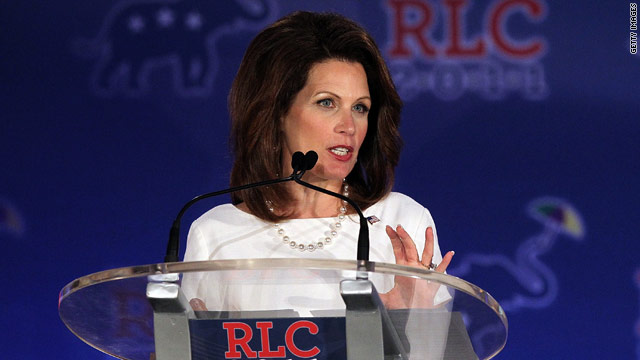 (CNN) - Rep. Michele Bachmann of Minnesota will launch a three-state tour Monday to formally announce her presidential campaign and attend a string of events with voters.

According to a schedule released by the Republican's campaign Wednesday, the tour goes through key battleground states for the upcoming primary season. It starts in Bachmann's birth state of Iowa, then moves to New Hampshire on Tuesday and concludes with a town hall meeting in South Carolina Wednesday.

During Bachmann's final leg of the trip in South Carolina, the tea party favorite will stop in five cities, including Rock Hill, an area where former Gov. Mike Huckabee drew considerable support during his 2008 run for the White House.

Bachmann announced that she filed paperwork to seek the office of the presidency on June 13 at the CNN/WMUR/New Hampshire Union Leader GOP presidential debate.