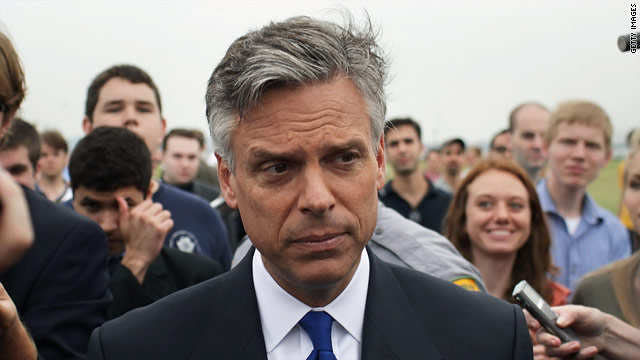 Huntsman distances himself from another Dem

(CNN) – Former Utah Gov. Jon Huntsman may not have donated to Senate Majority Leader Harry Reid's campaigns, but his family sure did.

Huntsman took to Twitter Wednesday to sound off on reports of his family's generosity toward the Democratic senator from Nevada saying, "I've never donated a dime to @HarryReid and wouldn't."

According to the Las Vegas Sun, the 2012 GOP presidential candidate's parents, two of his brothers and their wives donated a combined total of $25,800 to Sen. Reid from 2004-2009. The largest contributions, $9,600 each from Huntsman's parents and his brother Peter and wife Brynn, assisted the senator financially in his seemingly-uphill re-elect during the 2010 midterm election cycle.

Though Huntsman can't necessarily claim loose ties to the Reid family-during his term as governor, Huntsman appointed Sen. Reid's son Josh to the Utah Board of Regents, a governing body that "ensure(s) fulfillment of the mission of the Utah System of Higher Education" - he tried to distance himself from Reid, who said he'd prefer the former U.S. ambassador to China over Romney Tuesday.

And in an attempt to set the record straight on what sets him apart from Reid, Huntsman ended his Wednesday tweet with:

"My record in Utah balancing budgets very different from his."