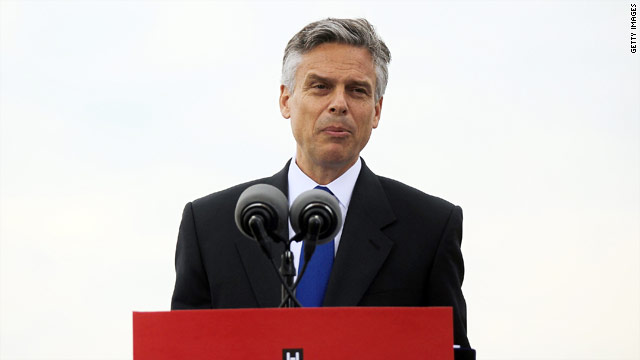 The closed-door meeting comes as the field of Republican presidential candidates race against the clock to build flush campaign war chests ahead of the second quarter fundraising deadline on June 30.

After making two campaign appearances in South Carolina, his first as an official candidate, Huntsman will meet privately Wednesday evening with a group of top Republican money-types and business leaders at a law firm in Columbia, several GOP sources told CNN.

The meeting will be led by former South Carolina Attorney General Henry McMaster and Bill Stern, a longtime bundler in state Republican politics and the current chairman of the state ports authority.

Both men are likely to play major roles in Huntsman's campaign in the state, which holds the first primary contest in the South.

Huntsman will also be accompanied to Wednesday's events by state Sen. John Courson.

Huntsman's advisers like to point out that Courson endorsed Ronald Reagan in the 1980 Republican primary and, since then, has never once failed to pick the winning candidate in a Republican presidential race.

The Republican hopeful began lining up South Carolina support during a visit to the state in May, shortly after he stepped down as President Obama's ambassador to China.