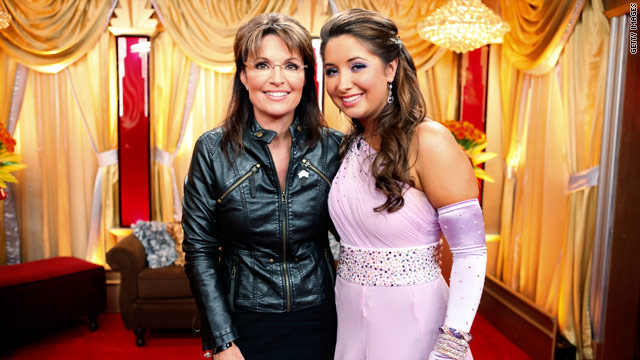 (CNN) - Former Alaska Gov. Sarah Palin had plenty to tweet about Wednesday regarding the book, "Not Afraid of Life: My Journey So Far," by her oldest daughter, Bristol Palin.

Palin praised the memoir, which released Tuesday, as "Shocking; Refreshing; Honest; INSPIRING! Perfect," and said it "gives insight into how media can drive false narrative."

In the book, Bristol writes about lying to her parents so she can go on a camping trip with friends–a night that ended with the teenager losing her virginity to her boyfriend, Levi Johnston, while getting drunk off wine coolers.

Later, Bristol walks readers through her unwanted pregnancy with Johnston, revealing details on their shaky relationship over the years.

Palin, author of books, herself, wrote on Twitter that her daughter's memoir was "Spot on!" and complimented Bristol for opening up about her private life: "She's courageous to write what she wrote, warning about decisions/consequences in encouraging way, esp for teens!"

The proud mom then posted a photo of the book.