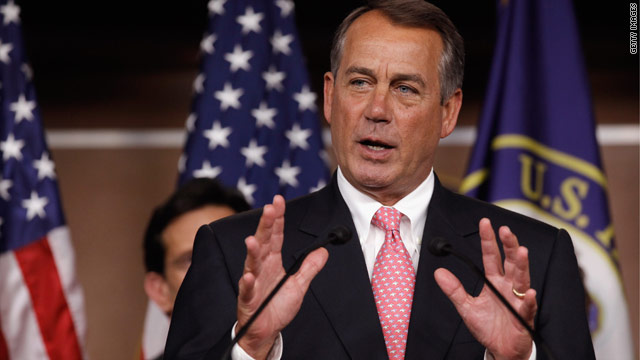 Washington (CNN) - Speaker John Boehner said Wednesday the American public is "a bit weary" about the war in Afghanistan, but warned President Obama against any "precipitous withdrawal" of U.S. forces saying that the country has invested too much at this point.

"Members of Congress on both sides of the aisle reflect the opinions of attitudes of their constituents, and the American people are a bit weary about Afghanistan and you can't blame them," Boehner told reporters Wednesday.

Boehner said the mission in Afghanistan to prevent al Qaeda a safe haven for planning attacks against the U.S is important to continue. "We've got an awful lot invested here. I'm concerned about any precipitous withdrawal of our troops that would jeopardize the success that we've made."

President Obama will unveil his plan for Afghanistan in a primetime address Wednesday, and Boehner noted he doesn't have all the details of the announcement, but said, "If the President listens to the commanders on the ground and our diplomats in the region and makes a decision, I'll be there to support him."