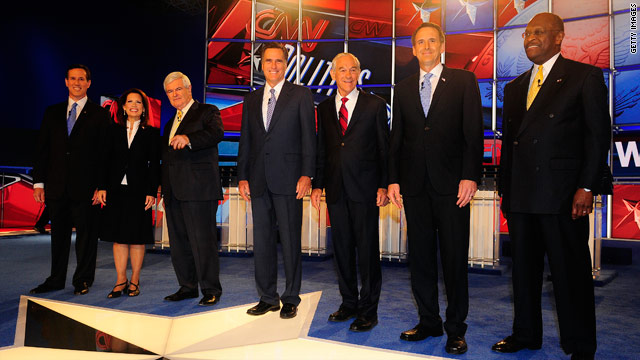 (CNN) - A majority of Americans would consider voting against President Obama in the 2012 election, and of those voters a strong majority wished another candidate would jump in the race, according to a new national poll.

Of those who said they will absolutely vote for or consider a candidate other than Obama, 28 percent were "mostly happy" with the current field, while 58 percent hoped another candidate would throw their hat in the ring.

However, President Obama's favorable figure topped the Republicans with 54 percent despite his 42 percent unfavorable rating.

The poll surveyed 1,000 adults nationwide via landline and cell phone from June 17 through June 20 with a sampling error of plus or minus 3.1 percentage points.