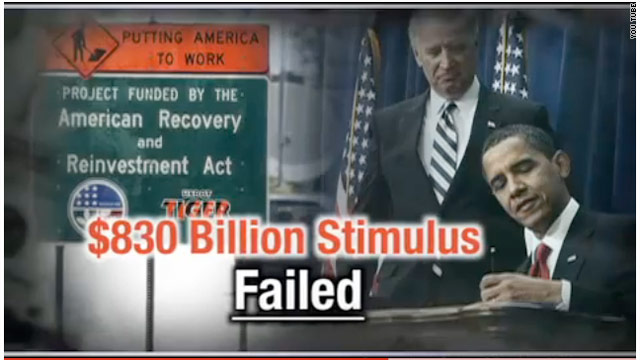 (CNN) – An independent Republican advocacy group announced a $5 million ad buy Friday aimed at influencing Congress as it debates action on issues including deficit reduction and the economy.

Crossroads GPS, an arm of American Crossroads, will launch a national TV ad detailing “the Obama Administration’s failure to improve the economy with its $830 billion stimulus legislation and other policies,” the group said.

“President Obama may have inherited a recession, but his policies have made things worse for everyday Americans by running up the debt and causing economic uncertainty,” President of Crossroads GPS Steven Law said in a statement announcing the new ad.

The ad, which will air on national cable news channels and local affiliates in key voting states, is the first phase of a $20 million advocacy campaign that the organization will roll out over the next two months.

American Crossroads, which spent $70 million on the 2010 midterm elections, has pledged to raise $120 million for the 2012 election cycle.

The group drew fire from Democratic groups during the midterms for accepting funds from undisclosed donors, but several similar groups, such as former Deputy White House Press Secretary Bill Burton’s “Priorities USA,” have since been created as both sides look toward the 2012 elections.

“Whether it's by running millions of dollars in negative ads about the economy or by walking away from critical economic talks in Congress, Washington Republicans are demonstrating an unwavering commitment to stopping any real progress on the economy,” Burton said.

Burton helped found Priorities USA and its affiliated Priorities USA Action after leaving the White House in order to support Obama’s reelection campaign. The groups aim to raise a combined $100 million for the 2012 election.