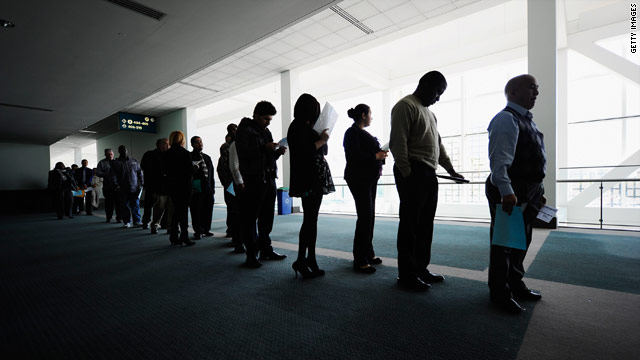 It's all about jobs for Obama, Republicans in weekly addresses

Washington (CNN) - President Obama and Republicans again focused on job creation and the economy in their weekly addresses Saturday, returning to an issue that remains at the front of Americans' minds as millions continue to face unemployment and a lagging job market.

Obama, speaking from Carnegie Mellon University in Pittsburgh, tied his decision earlier this week to withdraw 33,000 troops from Afghanistan by the end of summer 2012 to jumpstarting the economy.

Republicans used their address to criticize the president for what they said were misguided attempts to spur the job market.

"Unfortunately, the Democrats who run Washington say we should stay the course, keep spending money we don't have, and raise your taxes – all in the name of 'stimulus,'" Rep. Renee Ellmers, R-North Carolina, said. "These Washington-knows-best policies haven't worked. They have only made matters worse."

In his remarks, Obama made clear he was open to working with Republicans on improving the economy.

“Of course, there's been a real debate about where to invest and where to cut, and I'm committed to working with members of both parties to cut our deficits and debt,” Obama said.

In a CNN/Opinion Research Corporation poll taken June 3-7, 81 percent of Americans said the economic condition in the country was “poor.” Fifty-one percent said the economy was “extremely important” to their vote for president. That survey had a sampling error of 3 percentage points.