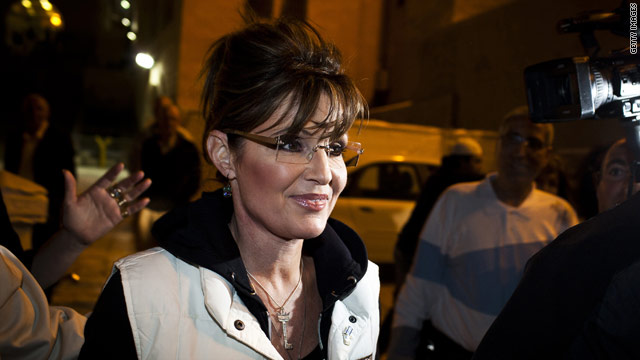 The production company behind the film announced Saturday that Palin and her husband Todd would be in Pella, Iowa, for the showing on Tuesday.

“We are very excited to visit historic Pella and its opera house and look forward to seeing the finished film for the first time with fellow Americans from the heartland,” Palin said in a statement.

“The Undefeated” is a feature-length film produced by conservative filmmaker Stephen Bannon. The movie, which cost $1 million to produce, takes a favorable look at Palin’s record as governor of Alaska, including reform efforts. It also covers her entrance onto the national political stage as Sen. John McCain’s running mate in the 2008 presidential election.