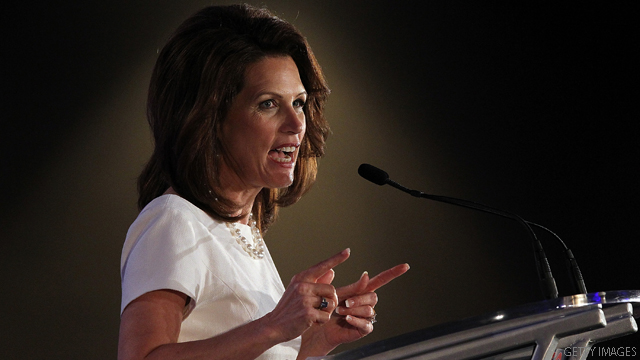 Bachmann boasts of having a 'titanium spine'

Washington (CNN) - Rep. Michele Bachmann boasted of having a "titanium spine" in an interview Sunday, the day before she formally enters the race for the Republican presidential nomination in 2012.

However, Bachmann had some difficulty in clarifying her stance on key issues and explaining federal funding that benefited her family in the interview on "Fox News Sunday" and another one with the CBS program "Face the Nation."