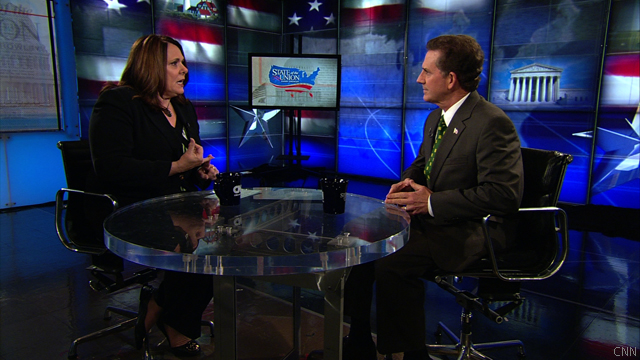 Washington (CNN) - Republican Sen. Jim DeMint isn't sold on who to support in the 2012 presidential election, but Jon Huntsman will not make his list.

The South Carolina king maker and early supporter of the tea party movement has called on Republican presidential candidates to sign a "cut, cap, balance" pledge to slash spending and balance the budget. He has said a commitment to the pledge is necessary to win his support that could prove valuable in the early voting state of South Carolina and within his larger conservative following.

Click to watch video
Huntsman, a former Utah governor who served as President Obama's U.S. ambassador to China, lost DeMint's support when he refused to sign the pledge one day after he announced his bid for the White House.

DeMint's call comes as leaders in Washington attempt to reach an agreement over an increase in the debt limit. Senate leaders will meet with Vice President Joe Biden and President Obama Monday. Treasury Department officials have said Congress has until August 2 to raise the debt limit or the United States will start defaulting on its loans.

DeMint previously supported former Massachusetts Gov. Mitt Romney who is now making another run for the White House, but this time around said he's "not writing anyone off unless they write off the idea of a balanced budget."

"I'm working with people in Iowa and New Hampshire and South Carolina, to try to get a lot of people to hold back and not commit so we can see how they respond to this debt ceiling, the balanced budget and some of the things that we're going to face here over the next few months," DeMint told CNN Chief Political Correspondent Candy Crowley. "I think we'll know who our candidate is by how they, they lead based on what we're doing here."