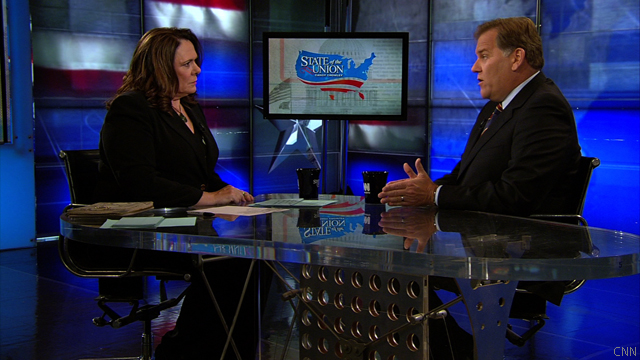 “The timeline is just too darn close,” Rogers said Sunday on CNN’s “State of the Union.” “I am a former FBI guy and coincidences are one thing. But the fact that it lines up to have those troops out before the first debate of 2012 is concerning to me mainly because conditions on the ground have not changed.”

In an address Wednesday night, Obama called for an initial withdrawal of 10,000 troops by the end of the year and another 23,000 by next summer, leaving almost 70,000 U.S. forces in Afghanistan. He said the drawdown of troops in Afghanistan and Iraq would allow more resources to tackle domestic problems.

Rogers, who supported the initial surge in 2009, said the announcement, which comes in the middle of the first fighting season, has “done more harm to our ability to leave Afghanistan a place that can defend itself” and puts a greater burden on those troops remaining.

“This should be conditions based, not politically based here at home,” Rogers said.