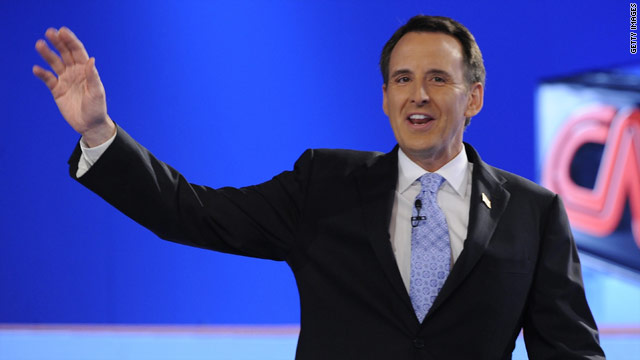 Pawlenty to push back against 'isolationist' Republicans

Washington (CNN) - Phil Musser, a senior adviser to Minnesota Gov. Tim Pawlenty, revealed Monday that the GOP presidential hopeful will use a high-profile speech this week to "push back the isolationist strand that we are seeing in Republican Party."

Pawlenty will deliver what his campaign is calling a "major foreign policy speech" on Tuesday at the Council on Foreign Relations.

Both former Utah Gov. Jon Huntsman and former Massachusetts Gov. Mitt Romney, two of Pawlenty's main rivals for the GOP nomination, have recently questioned the ongoing military mission in Afghanistan. Huntsman in particular has been vocal about the need to rapidly reduce American troop levels.

Pawlenty, it seems, will attempt to stake out a more hawkish position than his GOP foes.

Musser told MSNBC that Pawlenty also plans to offer a "full-throated endorsement of freedom and human rights" around the world and question the Obama administration's "missed opportunities" during the so-called Arab Spring.

Few Republican candidates other than Huntsman, the former ambassador to China, can boast serious foreign policy credentials, but Musser said that Pawlenty has "a tremendous depth of foreign policy experience." He pointed to his travels around the world while serving as governor of Minnesota.

Musser brushed off against speculation that the Pawlenty campaign is struggling to raise campaign cash ahead of the second quarter fundraising deadline on June 30.

"Money can't buy you love," he joked. "We are raising the money we need to compete."