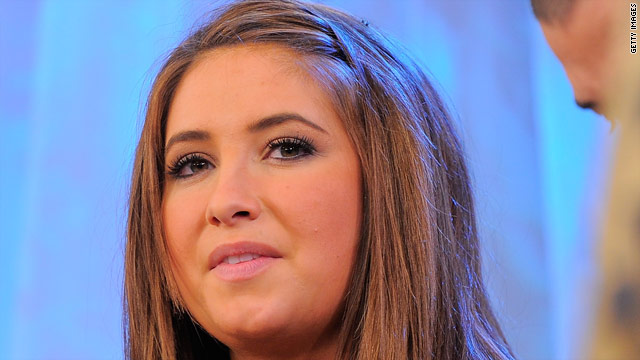 (CNN) - Bristol Palin said her mother, former Alaska Gov. Sarah Palin has made up her mind about whether to run for president in 2012- but didn't reveal the decision.

"She definitely knows," Bristol said Tuesday during an appearance on Fox News. "We've talked about it before. Some things just need to stay in the family."

Sarah Palin's Tuesday visit to Pella, Iowa for the premiere of her biographical movie title "Undefeated" coincides with President Obama, who is traveling to Davenport, Iowa to talk job opportunities at an Alcoa plant.

Bristol, who is promoting her memoir, "Not Afraid of Life, My Journal So Far," has long advocated Palin's presidential endeavors. The 20-year-old echoed the same sentiment Tuesday, saying she wants to see her mother run for president.

"I feel like even if we are out in our cabin in the middle of the boonies we are still going to be talked about so we might as well be doing something good," Palin said.