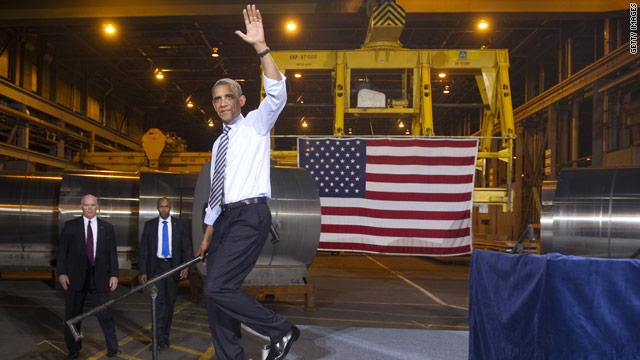 (CNN) - President Barack Obama took his economic recovery message on the road Tuesday, telling a group of manufacturing workers in Iowa that while times remain tough, the administration has made a series of critical investments in the country's long-term development.

He also knocked Washington's harsh partisan environment, saying that lawmakers need to start working more as a team for the country's common good.