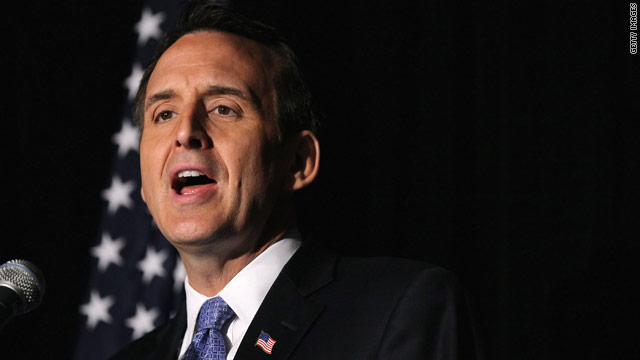 President Barack Obama "has failed to formulate and carry out an effective and coherent strategy in response" to popular uprisings across the Middle East, Pawlenty told an audience at the Council on Foreign Relations.

"He has been timid, slow, and too often without a clear understanding of our interests or a clear commitment to our principles," Pawlenty said of the president.

The former Minnesota governor also questioned Obama's handling of the Iranian protests of 2009, when thousands protested in the streets after a disputed election that returned President Mahmoud Ahmadinejad to power. Dozens were killed during a violent government crackdown.

Pawlenty said that when the Iranian ayatollahs "stole an election," the Iranian people rightly protested while Obama "held his tongue."

"His silence validated the mullahs, despite the blood on their hands and the nuclear centrifuges in their tunnels," Pawlenty said.

He warned fellow Republicans not to "shrink from the challenges of American leadership in the world."

"History repeatedly warns us that in the long run, weakness in foreign policy costs us and our children much more than we'll save in a budget line item," Pawlenty said. "America already has one political party devoted to decline, retrenchment, and withdrawal; it does not need a second one."