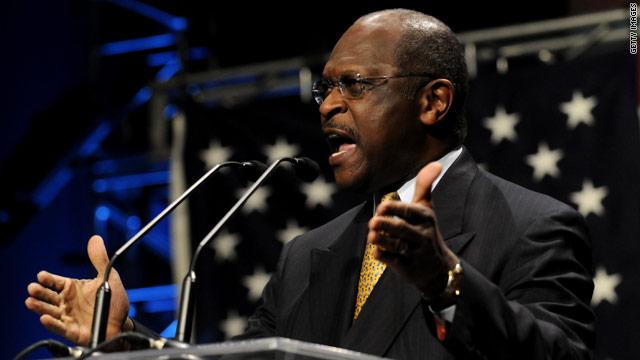 (CNN) - Republican presidential candidate Herman Cain, whose numbers are slowly reaching the double digits in polls measuring support, will publish a book detailing his life and career as the former CEO of Godfather's Pizza.

The memoir, titled "Who is Herman Cain?" is set to release in October by Threshold Editions, an imprint of Simon & Schuster, and intends to highlight the businessman's work in the restaurant industry.

"The recent Republican debate in New Hampshire introduced Herman Cain as a Presidential candidate, yet little is known about his impressive background," said a statement released by the publisher. "A proud 'outsider' in the political arena, Cain created his name in corporate America rather than on Capitol Hill, through four decades spent revitalizing business in the private sector."