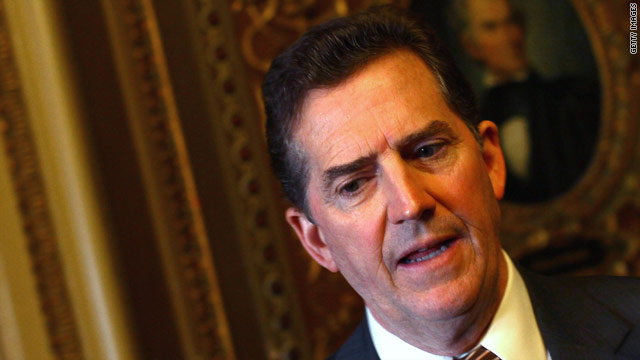 The event would be more of a question-and-answer session rather than a debate. Candidates will be asked to offer concrete plans for fixing the debt and growing the economy, according to one person involved in the planning.

"It is an effort to band together and put people through a real interview-type process," the source told CNN. "I can't take another candidate who says he or she is for limited government and then doesn't do anything about it. We want to know your plan. This is about getting real, and not throwing out a bunch of 30-second sound bites."

DeMint has given his blessing to the plan and will participate in the forum, South Carolina Republicans said.

News of the event was first reported Friday by Roll Call.

DeMint has ruled out a presidential bid of his own, disappointing several of his top South Carolina backers who say the 2012 presidential field lacks a credible voice on the topics of spending and the debt.

About a half dozen DeMint supporters have taken to calling themselves the "Keep Your Powder Dry Caucus" in recent weeks, with the goal of remaining neutral through the early part of the primary process before putting their collective muscle behind one candidate at some point after the forum.

"In my mind, if DeMint is not going to run, he has got to have a part in the process of determining who we are going to pick," one supporter told CNN.