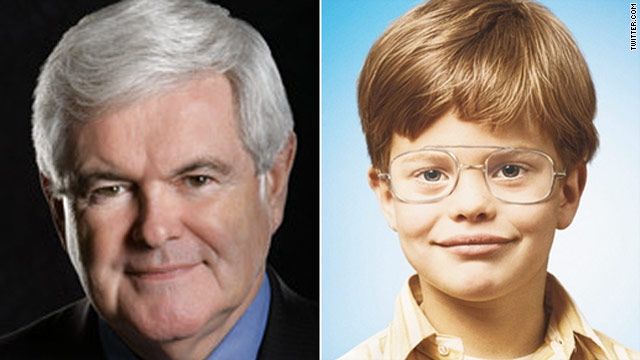 (CNN)-Former House Speaker Newt Gingrich is entertaining the possibility of adding someone with special skills to his team. At least, over Twitter.

Gingrich's 2012 presidential campaign is light on staff these days following the resignation of 16 senior staff members in June.

And, dazzled by the poetic possibilities, actor Rainn Wilson offered up his alter-ego, "The Office" wunderkind Dwight Schrute, as a close, personal aide to Gingrich on Thursday.

"Because of the many Newt/Schrute rhyme options, I humbly offer my services as your new campaign manager," Wilson tweeted.

Following the resignations, Gingrich vowed that his campaign would rebound and launched it anew at an appearance in Beverly Hills the following week.