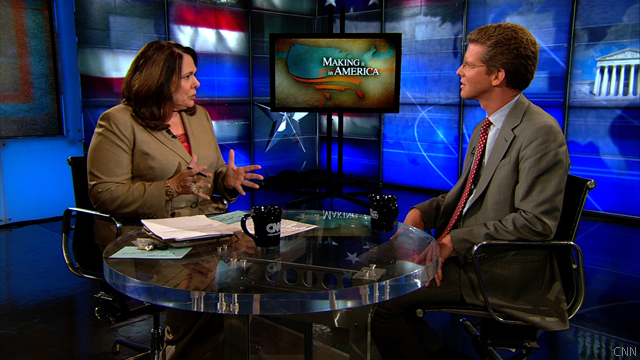 In an interview broadcast Sunday on CNN’s “State of the Union,” Donovan said declining foreclosure rates make him hopeful, adding that it is “very unlikely we see a significant further decline.”

Click to watch video
“Housing is more affordable than it’s been in a generation,” Donovan told CNN Chief Political Correspondent Candy Crowley. “I think it is a good time, long time to become a home owner because it’s so affordable today compared to where it’s been for generations.”

With 1.3 million homes in foreclosure, Donovan said he recognizes the frustrations of the American people but added that housing prices have largely stabilized following the “most serious crisis we’ve had in housing since the Depression.”

“Foreclosures are coming down. They’re down about 40 percent since last year,” said Donovan, who joined President Barack Obama’s Cabinet in 2009. “So, we are making progress, but rightly, the American people recognize we’re not where we need to be. We still have a ways to go.”

When asked about a push toward requiring home buyers to make a 20 percent down payment, Donovan said there should be a path for qualified individuals to purchase a home for less than 20 percent down.

“We can’t go so far in the other direction that we cut off home ownership for people who really can be successful homeowners,” Donovan said. “We can get back to the place where it’s a good investment and we will be able to make money over time.”

But he said Americans can also not revert back to using their houses “like ATM’s” with no down payments.