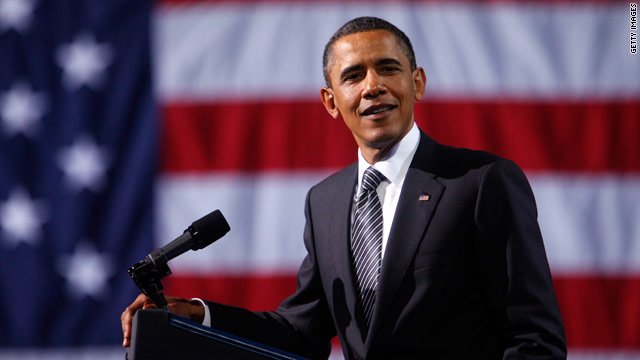 (CNN) - A year earlier than usual, the nation's largest teachers union on Monday endorsed President Barack Obama for re-election in 2012.

The National Education Association, which represents 3.2 million teachers and administrators, approved the recommendation from its political action committee at its annual meeting in Chicago. 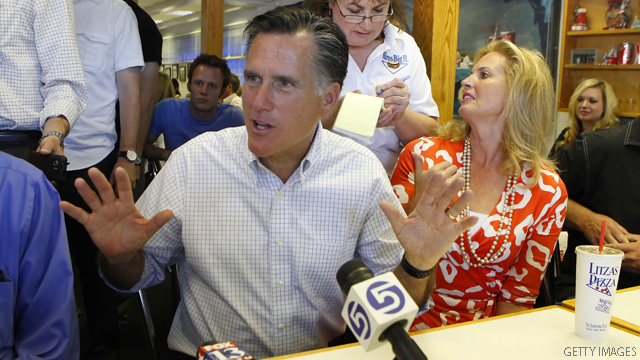 (CNN) - Republican presidential candidate Mitt Romney repeated his campaign line that President Obama has made the economy worse in New Hampshire Monday, a sentiment that has received criticism from those on the left and independent fact-checkers. 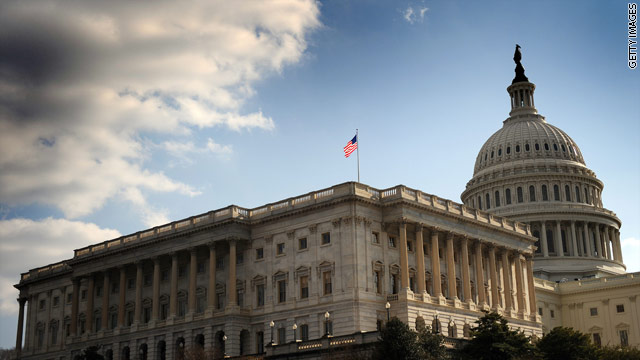 Washington (CNN) - Senators and representatives crammed in their July 4 parades and other festivities Monday as Congress prepared to cut short its Independence Day break and resume talks over the need to raise the federal government's debt ceiling.

The Senate is set to return to work on Tuesday; House members follow suit on Wednesday. 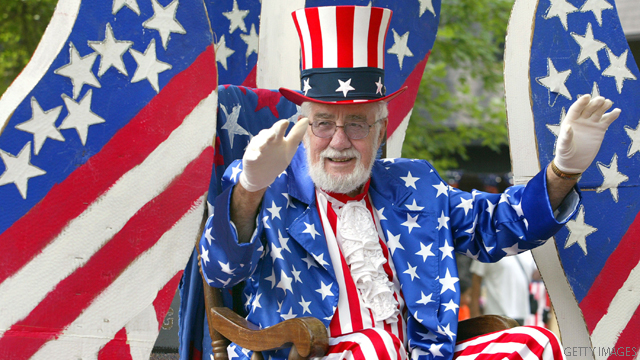 A man waves while riding on a float during the Fourth of July parade in Des Plaines, Illinois.
July 4th, 2011
09:01 AM ET

To the parades go the prez candidates

(CNN) - With this Independence Day comes a myriad of events courtesy of the 2012 GOP presidential candidates who will frequent July 4th celebrations mostly in important early voting states.

Former Massachusetts Gov. Mitt Romney will walk in a parade along Main Street in Amherst and another in Laconia. He will also visit a holiday celebration in Andover.
END_OF_DOCUMENT_TOKEN_TO_BE_REPLACED 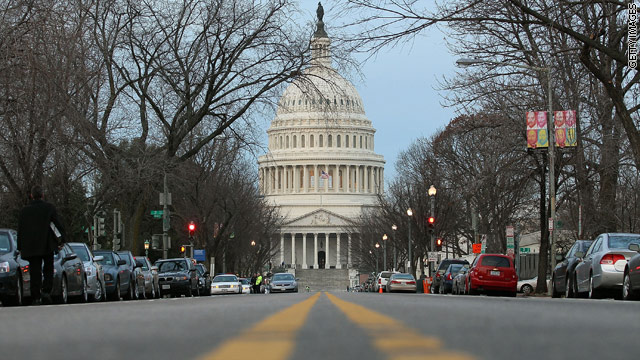 That's how the deal to raise the debt ceiling is shaping up. Details are thin, as negotiations have been carried out behind closed doors and involve only a few of Washington's heaviest hitters. 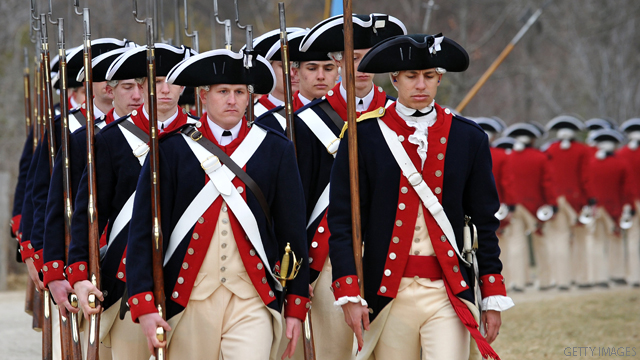 The Marist Poll released in honor of America's Independence Day, July 4, showed 58 percent of residents aware their country declared independence in 1776. Twenty-six percent were unsure and 16 percent named another date. Younger Americans, those under 30 years of age, were less likely to have the correct answer with 31 percent, compared to Americans between the ages of 45 and 59 who said 1776 75 percent of the time.
END_OF_DOCUMENT_TOKEN_TO_BE_REPLACED 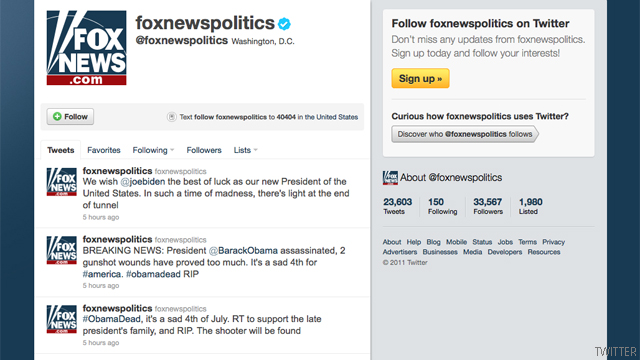 (CNN) - Hackers apparently broke into the FoxNews.com's Twitter feed for political news early Monday and used it to announce - falsely - that President Barack Obama had been assassinated.

Obama was "shot twice at a Ross' restaurant in Iowa while campaigning. RIP Obama, best regards to the Obama family," read one of several Twitter messages posted on @FoxNewsPolitics early Monday.

CNN: McCain: Americans 'don't want compromise' on tax revenue hikes
The American people do not want Republicans to compromise on their opposition to any form of tax increase as part of a deficit reduction deal being negotiated with Democrats, veteran Sen. John McCain, R-Arizona, said Sunday. "The principle of not raising taxes is something that we campaigned on last November and the results of the election was the American people don't want their taxes raised and they wanted us to cut spending," McCain said on CNN's "State of the Union." "They don't want compromise."