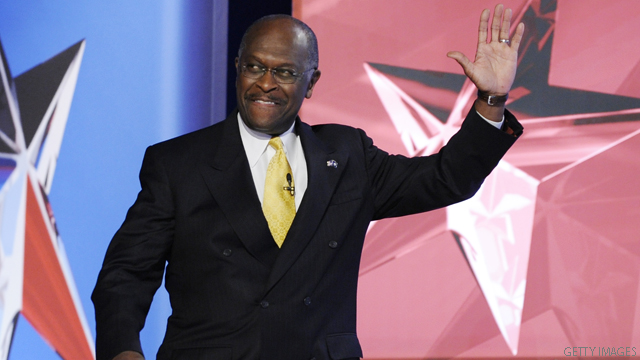 "Larry brings many years of both business and political experience that will maximize our impact in the Hawkeye state," Cain said in a statement.

The announcement follows the departure of his Iowa organizational director, Tina Goff and another Iowa staff member, Kevin Hart on Friday.

Cain has publicly said he is committed to the state's caucuses, pointing to his over 20 visits to the state and plans to compete in the Ames straw poll in August. But Goff told CNN the former Godfather's Pizza CEO "wasn't willing to make the commitment to Iowa necessary to win the [Ames] straw poll."

In a recent Des Moines Register Poll of Iowa voters, Cain placed third with 10 percent behind Massachusetts Gov. Mitt Romney with 23 percent and Rep. Michele Bachmann of Minnesota with 22 percent.

Cain will celebrate the opening of his Iowa campaign headquarters Monday in Urbandale, according to the release.