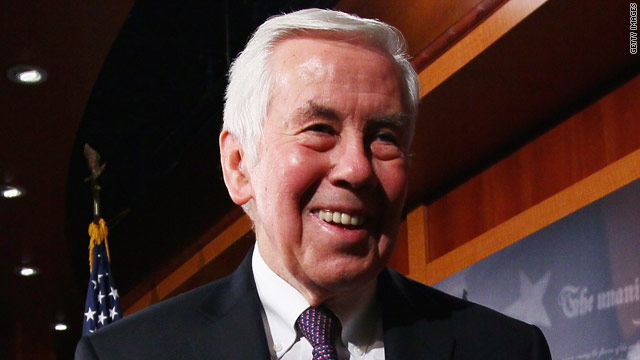 Although Tea Party activists have launched a campaign against the incumbent Indiana senator, whom they accuse of being too moderate, Lugar will report $900,000 in contributions for the second quarter of fundraising to the Federal Election Commission according to an e-mail sent to supporters Tuesday.

Primary challenger Richard Mourdock announced $300,000 in contributions in a written statement released the same day. The state treasurer maintained that Lugar "has been in the Senate fighting against conservatives" while he has been "in Indiana fighting for conservatives." Though outmatched in cash raised, the Mourdock campaign touted 2,600 donors within the state of Indiana for the second quarter.

Lugar's campaign had a similar message for supporters. "We are proud that 87 percent of our individual donors are from Indiana," the note said.

The six-term senator committed to reach out to Tea Party groups in the state after vocal opposition to his re-election was raised in January.

Still, Mourdock claimed support for his candidacy in Indiana "shows that our grassroots campaign is catching the attention of conservatives across the country."

Campaign finance reports for the second quarter ending June 30 are due to the FEC on July 15.