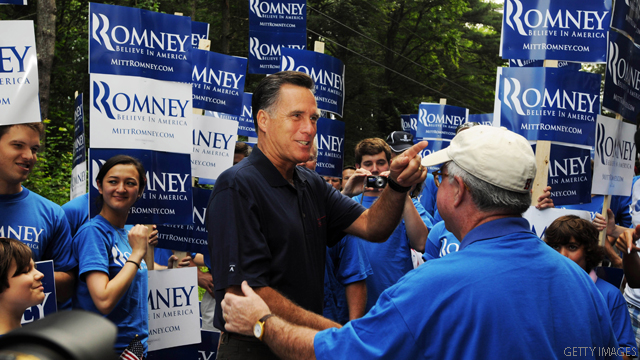 (CNN) - Restore Our Future, the "Super PAC" organized by former aides to Mitt Romney, reported raising $12 million in the first six months of 2011, according to the group.

"There is tremendous support across the country for Mitt Romney," treasurer for Restore Our Future, Charlie Spies said in a statement. "Americans are coming out in support of Gov. Romney because they are confident he has the experience to turn our economy around."

The PAC, which has $12 million cash on hand, was formed last year and is run by Spies, who served as general counsel for the former Massachusetts governor's 2008 presidential bid, Larry McCarthy, a member of Romney's 2008 media team and Carl Forti who served as his political director during the last presidential election.

Under Federal Election Commission rules, a "Super PAC" can accept unlimited donations but must report its contributors.

Romney's campaign is expected to report a fundraising total of $15 to $20 million in the second quarter before the July 15 filing deadline.

Restore Our Future is the only Super PAC with ties to a 2012 Republican presidential candidate. The Democratic Super PAC "Priorities USA" was founded by two former aides to President Obama and is assisting him with his reelection bid. That group targeted Romney in a May ad over health care.