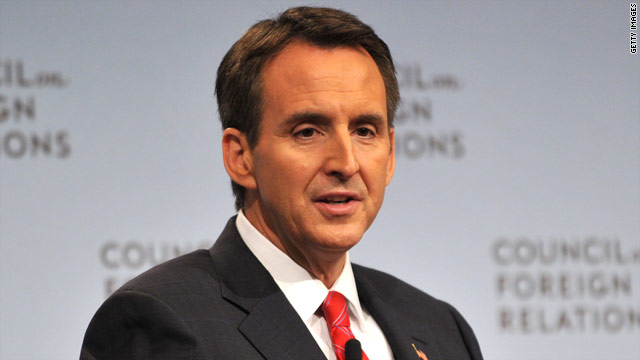 The daughter of former Arkansas Gov. Mike Huckabee will serve as Pawlenty's senior political adviser with an instrumental role in Iowa, where she "helped lead her father…to victory in the Iowa caucuses as his national political director," according to a written statement released the same day.

Pawlenty called Sanders a "results-oriented person with a great track record in Iowa and around the country," based on her experience with Huckabee's 2008 bid for the presidency, including a second-place finish at the Ames Straw Poll and his win at the first-in-the-nation caucus.

Huckabee announced that he would not seek the 2012 GOP nomination for president in mid-May.

"It's clear to me that Gov. Pawlenty has what it takes to unite the party, unite the country, and beat President Obama," Sanders said, adding that the Hawkeye state "holds a special place in my heart."

She will be responsible for outreach in Iowa as Pawlenty prepares to compete in the upcoming Ames Straw Poll held in August.

Pawlenty has made over 20 trips to Iowa since January and formally announced his presidential campaign in Des Moines in May, but a recent Des Moines Register poll placed support for his candidacy at 6 percent among caucus-goers.

Pawlenty raised $4.2 million dollars for his presidential effort between April and June.