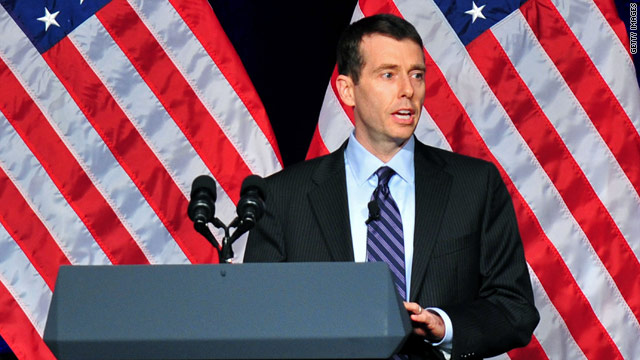 David Plouffe, who managed Obama's 2008 presidential bid, pointed out, "Gov. Romney has reminded us that he's a world-class political contortionist. He's kind of been all over the map on the president's leadership on the economy."

Plouffe, now a White House senior adviser, declined to analyze the rest of the 2012 GOP field.

Romney's campaign came back swinging in a written statement that challenged the president to a debate and compared him to a former president of his own party–Republican Herbert Hoover.

"We understand the difficulty of working for a president who is challenging Herbert Hoover's place as the greatest job terminator in U.S. history," Romney's campaign manager, Matt Rhoades, said in the release.

"Mr. Plouffe has our deepest sympathies. If he'd like his candidate to discuss real issues, Mitt Romney will debate President Obama any time, any place."

Plouffe didn't mention any debate preparations at the breakfast sponsored by Bloomberg, but he did admit Obama's re-election team is preparing for a competitive battle in 2012.

"It will be a very close election," he said.