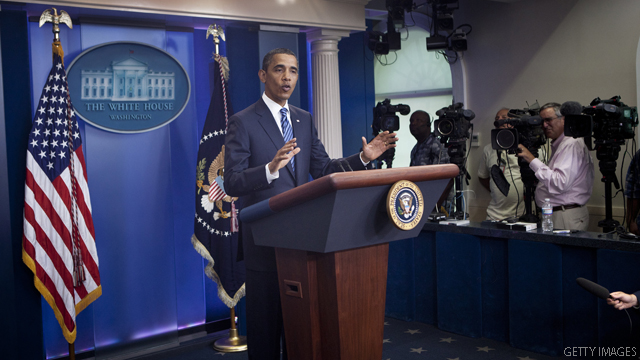 Washington (CNN) - Negotiations on raising the debt ceiling, tied to tackling the nation's growing deficit, have officially reached an impasse.

Lawmakers must raise the nation's $14.3 trillion legal borrowing limit soon. The Treasury Department says that on August 2 it will run out of money to pay the nation's bills in full and on time.