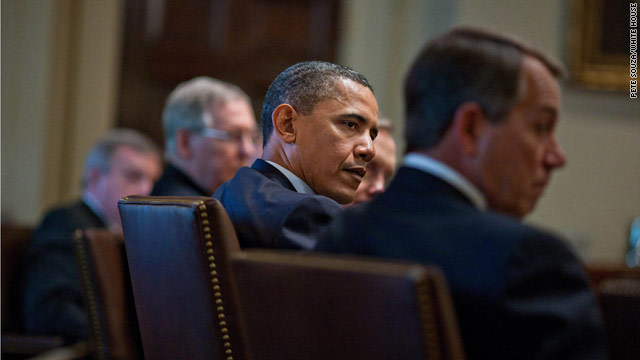 (CNN) - Democratic officials familiar with the deficit negotiations are now saying that the White House is talking about doing a deal larger than the roughly $2 trillion deal we’ve heard discussed in recent weeks. “The president doesn’t want a small deal that kicks the can down the field,” says an official. One official said he thinks there are leaders in both houses of Congress who want to reach “a significant deficit reduction deal…something big and meaningful.”

Officials on both sides of the aisle say this could be in the range of a $3-4 trillion deal.